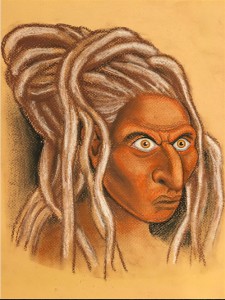 What did our 70,000-year old ancestors really look like? Genetics lends us insights.

LONDON, March 10, 2020 (Newswire.com) - ​​​When geneticists from the Max Planck Institute sequenced the genome of a 70,000-year-old finger bone found in Siberia’s Denisova Cave, no one expected it belonged to an unknown member of the homo genus. The bone came from an extinct human lineage called Denisovans. Equally, no one predicted that the Denisovans possessed advanced technologies: jewelry (green stone bracelet) and the development of sophisticated tool industries, ideas that were passed on to our ancestors.

Who were these early humans? Where did they come from?  What did they look like? In 2019, Carmel and Gokhman of Hebrew University used epigenetics to determine a glimpse of the Denisovan face. It showed a young female with frizzy hair.

A new study, headed by British history and science writer Andrew Collins, published this week by Ancient-Origins.net  has used genetic information and suspected Denisovan physiology to produce a more accurate picture of these strange individuals.

The result - created in its final form by Californian artist George Hernandez - is an individual with a long head, heavy brow ridge, aquiline nose, wide mouth and dreadlocks.

“We feel this is the closest representation to date of a Denisovan,” Collins said. “Further assessments on the shape of the Denisovan skull and the proportions of the face can only be achieved following the discovery of additional fossils, hopefully a complete cranium.”

What about the popular belief that the Denisovans were the giants of old? Collins, co-author of new book Denisovan Origins, and co-author Greg Little, are cautious. “The enormous size of the two Denisovan molars found in the Denisova Cave pointed to great physical stature,” Collins said. “The teeth were huge, like those of a cave bear...and the two fragments of the Denisovan skull found at the site in 2016 are also suggestive of a large body frame.” Collins adds, “Not enough fossil remains have come to light to answer the question of height and size with any degree of certainty.”

Until a cranium or intact femur come to light, we have the two faces of a Denisovan made public so far – that of the young, frizzy-haired young female presented by the Hebrew University team and the new rendition of a Denisovan offered by Collins and his team.​ 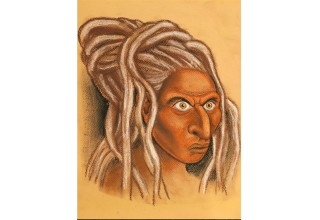 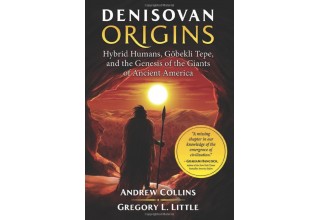