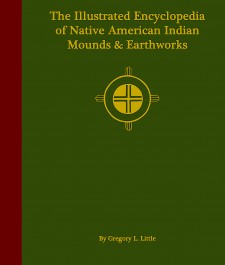 Memphis, Tennessee, July 21, 2016 (Newswire.com) - There are tens of thousands of ancient Native American Indian mounds and earthworks in existence today that are spread over 40 states. Oddly, the first American mounds predate Egypt's pyramid building cultures by over 1700 years, but the American educational system all but ignores this incredible part of ancient American history. Dozens of these archaeological sites contain mound complexes that are preserved in large state and national parks and have museums displaying the history of Native Americans and the enigmatic mound cultures. Families will find that visits to these preserved sites provide an educational, fun, safe, and inexpensive vacation. Some parks allow camping and most major sites have nearby motels. Chances are that somewhere near you there is a mound site awaiting discovery by children.

When Columbus arrived in the Americas there were 57 million people already here, yet most Americans believe that the continent was a vast uninhabited forest. Some of the mound complexes were cities enclosed with high, wooden palisade walls. One site, in Cahokia, Illinois had over 100 mounds and a population of 25,000. Cahokia reached its height nearly 900 years ago. The biggest mound in America is found at Cahokia. Called "Monk's Mound," it stands as tall as a 10-story building and covers 13 acres, more than the Great Pyramid in Egypt. Other huge mound complexes with museums are found in dozens of states. Examples of some of the larger sites are a 20 mound complex in Moundville, Alabama and an 18-mound complex near Little Rock, Arkansas. In Georgia the sites of Etowah, Ocmulgee, and Kolomoki are all large sites with museums. Angel Mounds in Evansville, Indiana is an incredible site. National parks devoted to mounds include Effigy Mounds near Marquette (Iowa) and Poverty Point (Louisiana). Ohio has thousands of remaining sites, many with museums. They are archaeological treasures largely unknown and unrecognized by the public.

The first American mounds predate Egypt's pyramid building cultures by over 1700 years, but the American educational system all but ignores this incredible part of ancient American history.

One of the most interesting aspects of the mounds and earthworks is their relationship to ancient ideas about death and the afterlife. Called the Path of Souls, the death journey was a trip to the stars. The museum at Moundville, Alabama has a special audiovisual presentation on this belief system.

The most comprehensive guidebook to America's amazing mound-building cultures ever published was released in July of 2016. The Illustrated Encyclopedia of Native American Indian Mounds and Earthworks contains descriptions and locations of over 1000 mound and earthwork sites in over 40 states. The 508-page  hardback book is organized by state and contains over 900 photos, maps, and illustrations. The book is available at Amazon and through specialized archaeology-oriented catalogs.